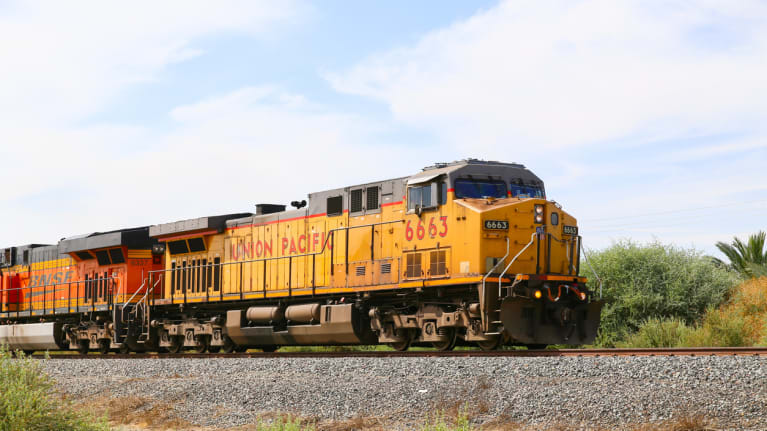 ​An employee could not use the Americans with Disabilities Act (ADA) to enforce an employer’s previous agreement to excuse the employee from work on an as-needed basis.

The ADA protects employees from disability discrimination, provided they can perform essential job functions with or without reasonable accommodation.

The plaintiff worked as a locomotive engineer for Union Pacific Railroad Co. in North Platte, Iowa. Locomotive engineers are assigned “pool turns” in a pool to work predetermined train routes. When the train is set to depart, the engineer is called and can either accept the shift or “lay off” with an explanation. When an engineer lays off, the assignment goes to a secondary group that fills short-notice vacancies. Then, if the position is not filled, it goes back to the initial pool.

The railroad’s attendance policy stated that Union Pacific employees were expected to “work [their] assignment … whenever it is scheduled” on a full-time basis. The policy indicated that while absences for personal or family reasons would be allowed, documentation would be required, and the policy was violated if employees were unable to work full time and meet employment obligations.

Following two workplace injuries, the plaintiff signed a settlement agreement in 1992 with the railroad and received money and “the right to lay off whenever his back bother[ed] him.” At that time, the plaintiff’s physician wrote a letter to Union Pacific indicating that the plaintiff’s only work restriction was that he should not work more than once every 24 hours.

In 2004, Union Pacific sought to improve attendance at North Platte. From 2004 through 2012, the plaintiff was on a short list of employees who were being watched by the location’s attendance manager. But nothing much was done until 2013, when the North Platte location was plagued by worker shortages.

Between April 2013 and April 2014, the attendance manager sent the plaintiff two notices about his absences, but the plaintiff continued to miss work amounting to about 26 percent of his shifts from May 11, 2014, through Aug. 9, 2014.

On Aug. 14, 2014, the attendance manager sent the plaintiff a notice that his absences would be investigated, directing him to attend a hearing, where he could present documentation supporting the need for his absences. Before the hearing, however, the plaintiff reported an anxiety attack caused by the “stress,” “depression” and “harassment” his employer was causing by investigating his absences. The railroad requested a fitness-for-duty report before he could return to work.

As part of the fitness-for-duty report, the plaintiff’s physician said that the plaintiff’s limitations were unchanged, and he would need to receive 24 hours off between shifts and be permitted to lay off work as needed.

Union Pacific refused to return the plaintiff to work because 90 percent of his calls required him to work with less than 24 hours’ rest, and attendance was an essential job function.

The plaintiff sued for discrimination and failure to accommodate under the ADA. Specifically, the plaintiff argued that job attendance was not an essential function because the policy permitted some personal lay offs, and his individual agreement permitted lay offs. He argued that he could have met the required standards of attendance if the railroad had accommodated him.

The trial court rejected both arguments, finding that the plaintiff was not a qualified individual, and the attendance accommodations he requested and previously received were not reasonable.

The plaintiff appealed that decision to the 8th Circuit, which affirmed the district court. The appeals court began its analysis by saying, “We have consistently stated that regular and reliable attendance is a necessary element of most jobs.” Unsurprisingly, it found that attendance was an essential function of the locomotive engineer job. Even though the employer’s attendance policy had been lax, the court found that the presence of an attendance policy alone spoke to the essential nature of attendance.

As for the plaintiff’s generous settlement agreement, the court refused to permit it to change the legal meaning of “essential function.” An employer’s voluntarily alleviating an essential function for a period does not mean the employer abandons the ability to claim that the function is an essential one.

Whitney R. Brown is an attorney with Lehr Middlebrooks Vreeland & Thompson PC, the Worklaw® Network member firm in Birmingham, Ala.

[Visit SHRM’s resource page on the Americans with Disabilities Act.]

[ad_1] ​People with disabilities have been among the most underrepresented groups in the Canadian workforce. Experts say recent legislation to improve workplace accessibility has the…