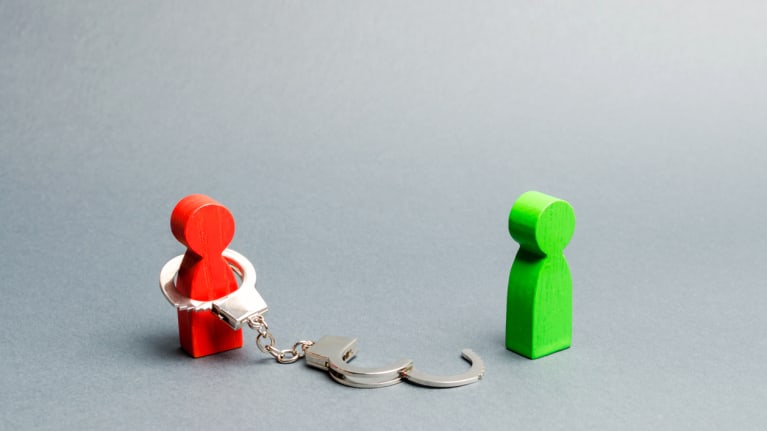 ​Much attention has been focused recently on second-chance employment in the United States. But what is happening in other countries regarding employing the formerly incarcerated?

The Society for Human Resource Management (SHRM) “is committed to learn more about how countries around the globe have addressed second-chance employment,” SHRM President and Chief Executive Officer Johnny C. Taylor, Jr., SHRM-SCP, said, “so we find responsible ways to bring the formerly incarcerated back to the workplace while ensuring worker and customer safety.”

Internationally, second-chance employment depends on a country’s background-check laws, data-privacy laws and laws banning discrimination on the basis of conviction history, according to Darren Gardner, an attorney with Seyfarth Shaw in San Francisco.

In Canada, while employers can typically obtain criminal-background checks on job applicants by meeting required criteria, such as getting the applicant’s consent to do the background check and giving proper notification that one will be conducted, some provinces have enacted laws that prohibit discrimination based on a criminal conviction.

In Europe, the focus tends to be on protecting an individual’s data, which can limit criminal-background checks and hinder second-chance employment.

In Hong Kong, an employer cannot obtain a criminal-background check on a job applicant without the applicant’s consent. But a company can make disclosure of a criminal conviction a condition of employment.

Roger James, an attorney in the London office of Ogletree Deakins, added that many countries, including Australia, the United Kingdom (U.K.), France and Germany observe the concept of “spent” convictions. If an offense is minor and the person has served his or her sentence, the conviction is considered spent, and employers can’t inquire about it. This concept protects employees and potential recruits from having to disclose old convictions to obtain most types of work. It is aimed at maximizing the potential of former prisoners to lead a law-abiding life and contribute positively to society—”something which is much less likely if they are unemployed,” James said.

The length of time that must pass before a conviction becomes spent depends on the seriousness of the crime, with the most-serious offenses remaining disclosable indefinitely. James noted that Canada has a similar process but requires the ex-offender to pay a fee to get the criminal record suspended, although reform is being discussed.

The principle of spent convictions does not provide relief to a former prisoner until the applicable period expires, but the first few months out of prison will likely determine whether a former inmate can reform and survive. U.K. government figures show just 17 percent of former prisoners in the U.K. are employed 12 months after their release. Research by the University of Manchester showed that 90 percent of employers were concerned that hiring an ex-offender might damage their business, staff dynamics or customer base. However, of those who employed an ex-offender, 60 percent reported that the experience was positive.

Timpson, a high-street cobbler and key-cutter company in the U.K., is one employer at the forefront of rehabilitating offenders. Ten percent of Timpson’s 5,500-person workforce is hired from prison. Candidate interviews are held in prison, and job offers take effect within days of a new hire’s release.

The enforcement mechanisms to protect job candidates with spent convictions vary from country to country. James noted that in the U.K., “the applicable legislation is fairly toothless. There is little redress in reality for the individual who is not recruited or dismissed because an employer discovers a spent conviction.”

By contrast, in Australia, breaching the laws on spent convictions falls within the country’s employment discrimination legislation.

Many employers conduct online searches of job candidates, which is often another obstacle to second-chance employment. This can reveal past arrests and misdemeanors. James shared an example of a young man in Singapore: Celebrating a birthday, he left a nightclub drunk and leapt onto the roof of a taxi—all of which was filmed by the taxi’s dashboard camera and uploaded to social media. The man was fined $2,500 and lost his job, and his online “fame” made finding a new job difficult.

In South Africa, prison authorities recently suggested a novel approach to helping former inmates: Pay unemployed ex-offenders a social grant for a transition period to help steer them away from further crime.

In the United States, many states are considering new ways to promote second-chance employment, and President Donald Trump has expressed support for it.