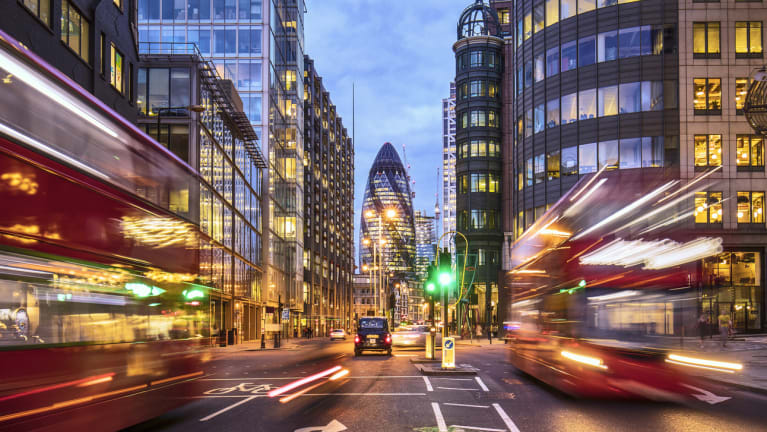 ​Royal Mail, a letter and parcel delivery company, could be the first United Kingdom (U.K.) organization to move ahead with a new form of pension scheme called a collective defined contribution scheme (CDC).

Government officials in the U.K. are under significant pressure from Royal Mail and the Communication Workers Union (CWU) to institute the necessary legal changes required to allow for the new CDC structure. According to the House of Commons Work and Pensions Committee, Royal Mail is one of the U.K.’s largest employers, with about 142,000 workers.

Defined contribution schemes set a clear amount that the employer and employee pay into, but the amount received at retirement can fluctuate, and employees do not know in advance what they can expect.

Dispute Between Employer and Union

The Communication Workers Union had a long-running dispute with Royal Mail after the closing of its defined benefit scheme and the introduction about a decade ago of a defined contribution scheme for new hires, according to David Powell, a principal at Groom Law Group in Washington, D.C. The union took issue with the setup of defined contribution schemes because they provide a lump sum and not a pension. Royal Mail decided to close its defined benefit scheme to future accruals, effective March 31, 2018, prompting the union to threaten to strike.

In February 2018, Royal Mail executives and union officials agreed to work together to bring CDCs into existence.

In a press release, Jon Millidge, chief risk and governance officer for Royal Mail, said, “Royal Mail and CWU have been campaigning together to bring about this legislation, building a cross-party alliance of supporters in both houses of parliament, as well as working with the government. We now look ahead to the next stage and ultimately delivering the U.K.’s first CDC pension.”

Terry Pullinger, deputy general secretary (postal) for the Communication Workers Union, cited the need for more pension options to allow for financial security for U.K. retirees. He noted, “An occupational wage in retirement scheme design running alongside one’s state pension has proven to enable those objectives. Defined benefit is the gold standard of that design and should be maintained wherever possible. However, where it cannot, there have to be more options than simply defined contribution schemes.”

The U.K.’s Department for Work and Pensions (DWP) presented its findings on CDCs in November 2018, stating that “a new kind of occupational pension scheme is an important opportunity for us to introduce innovation into the U.K. pension system.”

Department officials added, “We are keen to bring forward legislation to facilitate the setting up of this form of CDC scheme as soon as parliamentary time allows. We will be bringing draft regulations forward to follow on from the necessary primary legislation.”

The idea of a possible collective defined contribution scheme in the U.K. goes back even farther than the current Royal Mail talks. Canadian and Dutch CDCs sparked U.K. interest in the new pension structure. In 2010, Sir Steven John Webb, U.K. minister of state for pensions at the time, floated the notion of a CDC, although the idea never gained traction.

But with a strong push from Royal Mail and the workers union, the DWP isn’t likely to step back from its commitment to this new pension structure. With many U.K. employers closing their defined benefit schemes to new members, the new pension scheme appears to be a welcome move for corporations, Powell noted. But while employers seem to be embracing the idea, they aren’t necessarily racing to chart new territory. He added, “No one wants to be the test case, but everyone wants to have it if it works.”

If Royal Mail’s CDC comes to fruition, the DWP indicates the plan will lay the groundwork for other employers to roll out similar pension schemes.

Given the political environment, a rollout of a new CDC might not happen until 2020, according to Rosalind Connor, partner at U.K. law firm Arc Pensions Law. “Legislation is required,” she said. “This is very complicated to figure out and will demand consulting with industry bodies.”

With U.K. Prime Minister Theresa May’s resignation on June 7, the process may stall. The Conservative Party elects a new leader in July, so legislation might be introduced in the latter part of the summer to October, Connor noted.

While U.K. developments may not necessarily influence pension policy abroad, Powell said that they may inspire how employers and governments approach pensions. He cited the Canadian and Dutch influence on U.K. pension structure. He noted, “For example, the U.S. Treasury does talk to Her Majesty’s Revenue and Customs,” he said.

Given the global nature of many large companies, whether it’s a U.S.-based company with foreign headquarters or a company with its main location outside the U.S. and subsidiaries within the U.S., managing the risk of pension plans becomes a global consideration.

The U.S. already has cash-balance plans, which bear some resemblance to CDCs. Both are defined contribution plans. But the investment risks and rewards on cash-balance plan assets, unlike that of CDCs, are assumed solely by the employer.

Myra A. Thomas is an award-winning business, finance, and tech editor and journalist, as well as researcher, in Fanwood, N.J.

[ad_1] A decade ago, Starbucks decided to tackle its gender pay gap, which was a large problem. No, make that a venti problem. In the…